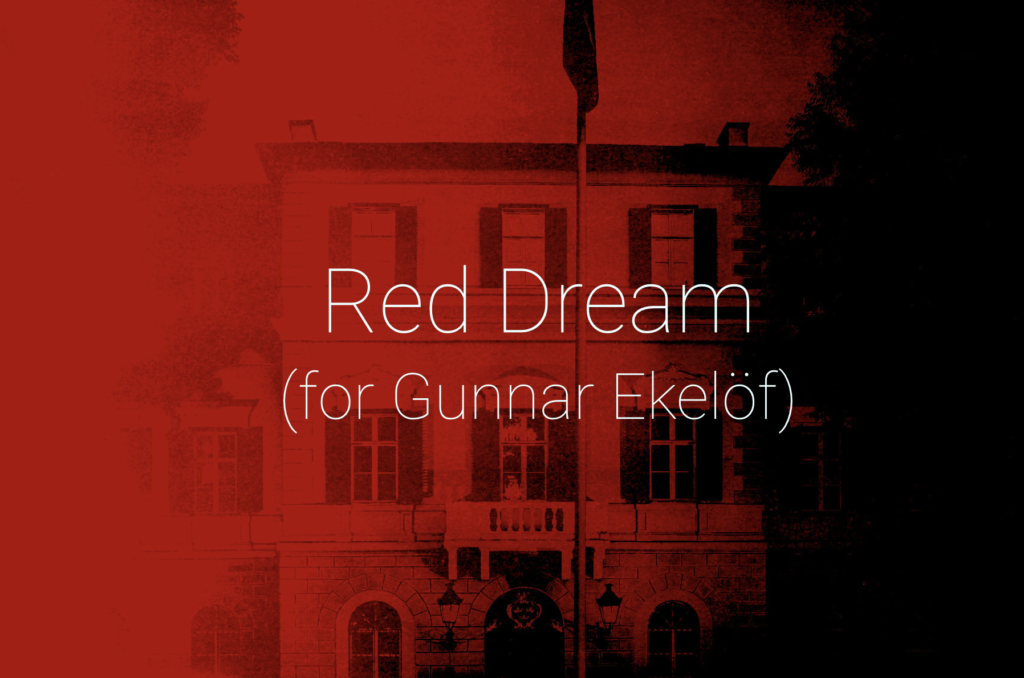 Red Dream (For Gunnar Ekelöf) is part of the 150th anniversary of the Swedish Palace in Istanbul.

For the Swedish poet Gunnar Ekelöf, Istanbul and Turkey was, as it is for many Swedes, a very special place. Ekelöf visited Turkey in 1965 and inspired by the historical districts of Istanbul spent sixteen intense hours at the Istanbul Hilton hotel writing his most famous collection of poems: “Dīwān on the Prince of Emgion“. He has described the process of writing this work as if it was written by someone else; as if his being was possessed by a spirit. In fact when the book was originally published in Sweden it declared that the text was interpreted by Gunnar Ekelöf – not written by him, and when reading it one clearly experiences something dreamlike. Ekelöf was also the first person to translate the poetry of Arthur Rimbaud into Swedish, another author who experienced the voice of the other. In one of Rimbaud’s famous letters to a friend he states that he considers his writing experience as “Je est un autre” – the self is another.